ourselves, we now know how difficult it can be to understand all the different specifications and terminologies from each manufacturer.  It's important to have a crystal clear understanding in order to avoid a potential disaster later.

In a motor and gearhead assembly product, "backlash" is listed as a standard specification to indicate mechanical precision of the transmission component between the motor and the load (ie: gears, lead/ball screws).  However, certain type of gears do not have backlash, so another term, "lost motion", is used describe mechanical precision.

Backlash refers to the play, or clearance, between meshing gears inside the gearhead of a motor.  Torsional backlash is measured when about 2% of the load torque is applied to the gear shaft.  Backlash is necessary for several reasons.  First, gear manufacturing is not 100% perfect.  Manufacturing tolerances, bearing dimensions, thermal considerations, and other practical considerations contribute to this inaccuracy.  Other reasons are to leave space for lubricants, reduce friction in the gears, and/or allow for metal expansion.

A gearhead, or gearbox, is used to both increase the torque (and inertial load) of a motor and reduce the speed.  It contains a casing, gears, shafts, and bearings.  When the gears mesh together, there is actually a tiny gap between the gears.  This introduces inaccuracy in applications where precision is important because the load shaft can potentially move by the distance of the gap.  It'll be much easier to understand by looking at the image below.

Here's an example of how a planetary gear design minimizes backlash. 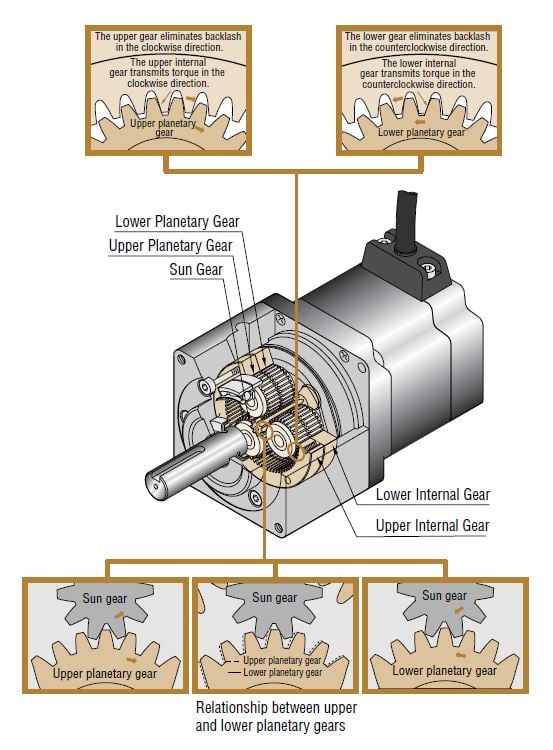 The table below lists most of our geared motors by gear type, features, torque, backlash, basic resolution and output shaft speed. 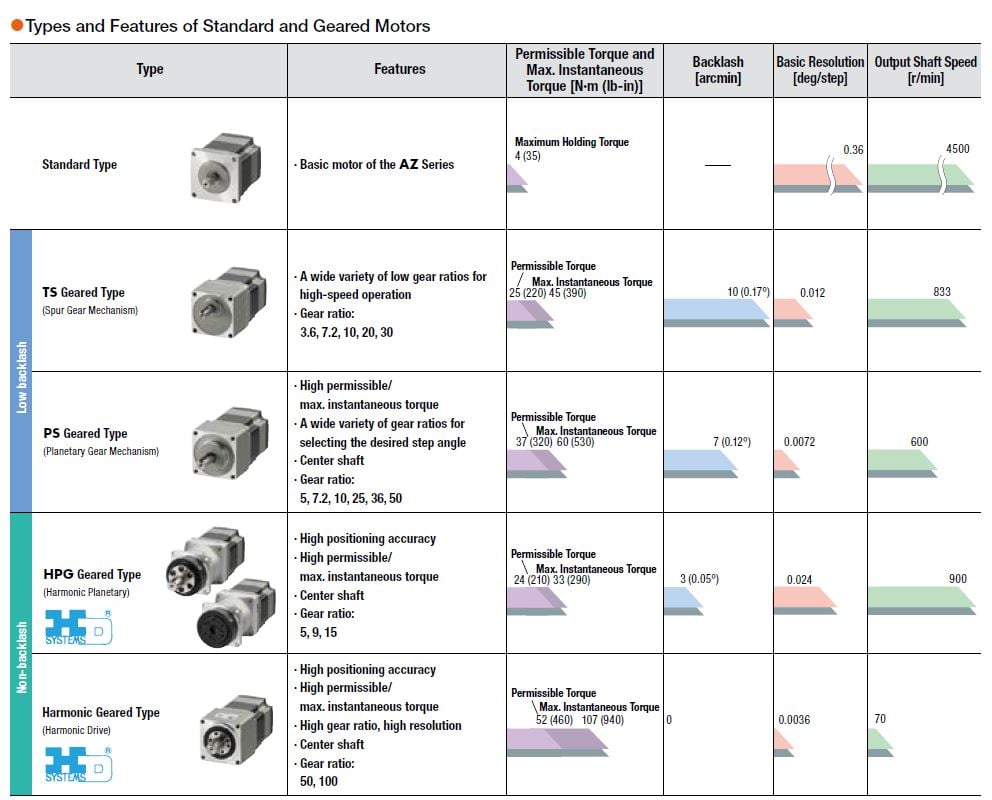 Backlash is measured in degrees or arc minutes or arc seconds.  While this might seem like a very tiny value at the motor, this error can increase by distance in certain applications, such as robotic arms.  The image below shows how the deviation differs from one end of the arm to the other. 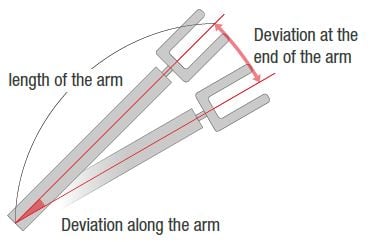 Lost motion is the largest deviation in a system when a position is repeatedly approached from the opposite direction while about 5% of the max torque is applied.  Due to the applied torque, engineers often confuse lost motion with torsional backlash.  Lost motion is a broader term.  Factors contributing to lost motion are backlash, teeth play, strength of the transmission mechanism, and material deformations (mechanical hysteresis loss).  Since the harmonic gear has no backlash, lost motion is used as a reference for gear accuracy.

It depends.  The easy way would be to purchase a harmonic geared stepper motor (no backlash).

Backlash is the play, or clearance, between gear teeth in gearheads.  In other words, backlash is the movement in the gear shaft while the motor shaft is fixed.  In mathematical terms, it is the width of the space between meshing gears minus the width of one gear tooth.

Lost motion is the total displacement that occurs in both directions when a load torque corresponding to about 5% of the permissible torque is applied to the gearhead output shaft.  In other words, lost motion is the loss of motion in the gear shaft while the motor shaft is moving and includes backlash and gear hysteresis loss.

Backlash is a component of lost motion.

Remember that inaccuracies in motion control are a combination of all the individual components in the system.  One must also consider the precision of the other components in addition to the motor and gearhead.

Thanks for reading.  How do you eliminate backlash?  Please comment!